Very popular fantasy show every year, this time it was consists of three theme’s stage of sea, forest and space. We had a reaction very good from the people who watched the show at there and from the people who watched the live broadcast of VWVC. We are planning to produce the movie of the show and will introduce it later.
Now, we are going to introduce you again all brand that took part in the show.

Club mermaid has provided Japanese second Life users by beautiful and fantastical Mermaid shows to help us expand. How to enjoy the fantasy world as as mermaids and fairies.
Flamboyant Mermaid costumes were produced for the fantasy mermaid show mainly inworld with numerous releases.
That let you enjoy lovely costumes became widely popular.
They released four new lines at this show.

This fantastic and beautiful mermaid costume is based on a gem of the sea Jellyfish that is floating in the sea with emits mysterious light.
This brilliant neon pink color strikingly catches people’s eyes in the sea.

“Pas De Deux” Fairies and mermaid costume store which is long-established popularity in Japan.
Pas De Deux brand as a means of paired male and female parts in ballet dancing,
Whenever you move, a beautiful wings, dresses and mermaid tails are casually swinging. it is like an elegant and gorgeous ballet costume.

Garden shop of Japan’s, forest feast, has highly evaluated from overseas. They have made high-quality real system from plants, including flowers Fantasy aligned to trees and sparkling monochromatic. Besides, it was popular that they had handled beautiful feathers and fairy costumes for fairies play the trees and flowers. At this time, release 6 pieces of eagerly-awaited new fairy costumes at once.

Salamander costume, Salamander is a Spirit who responsible for Fire in the big four sprits in nature.
Passionate and vibrant costume dressed in flamed. Feel of high class Haute Couture, artistic beauty, swaying tentacles and unique masks. A brand known for its unique and special world that no one has ever seen before. The gowns and coats are not only elegant nor is it only attractive, but with mysterious decorations and tentacles, it gives an intense impact to those who sees and wears it. Today, we will be introducing to you a small portion of their amazing collection.

The image of Officers uniform in Europe in modern times, redesign by Violator’s new sensibility.
this is the futuristic legendary Dundee Hero costume. 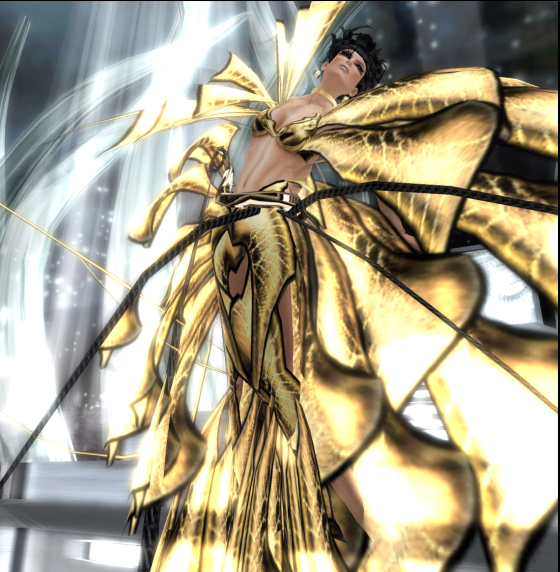